Rolph, the hound that raised Lonely

Rolph taught Lonely the art of the 5 string Alveridgean Guitar, and the meaning behind the music.

Now over 80 years old, Ralph can often be found at the local pub (Marvo’s Bar and Grill), sharing stories of his early influence on Lonely Dog. “His first chords were the ones I taught him! Now that’s an umbilical cord that can’t be cut! He plays guitar now exactly as I showed him then.”

He still lives in the old red-bricked building that housed the Alveridge County Orphanage. Even now, it remains impressive, an imposing Gothic edifice despite its current forlorn condition. The orphans have long since vacated the dormitories and the tired old schoolroom hasn’t heard a houndling’s laughter in many years. His residence is in one small corner of the rambling building, where he remains, as he always has been, a confirmed and committed bachelor. 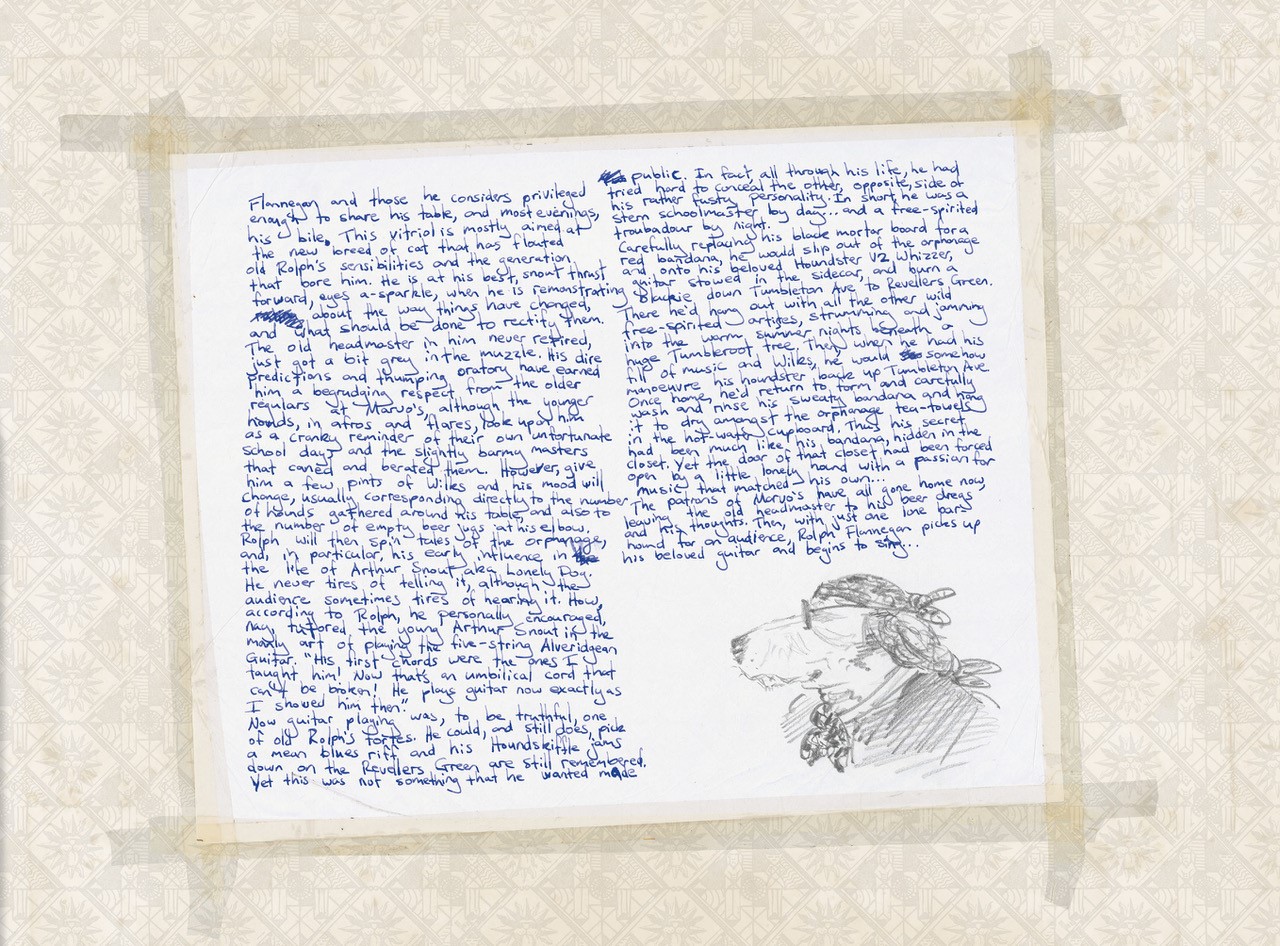 An Interview with Rolph Flannegan

Explore the other characters

“I owe the Blues to the Green”