Bullied and misunderstood, Lonely Dog was hounded from town and became a refugee in his own country. His music moved mountains and united disparate cultures.

Lonely Dog is represented in over 40 paintings by Ivan Clarke, as well as in drawings, book illustrations and sculptures. He is depicted as a pup, as well as an adult in a variety outfits, with different accessories (i.e. sunglasses, guitars etc.) and with different expressions.

Some call him a troubadour, others a troublemaker, but all he cares about is the guitar on his back and his one true love.
It is said Lonely Dog’s songs became legends long before he did, but he caught up and the whole world listened. 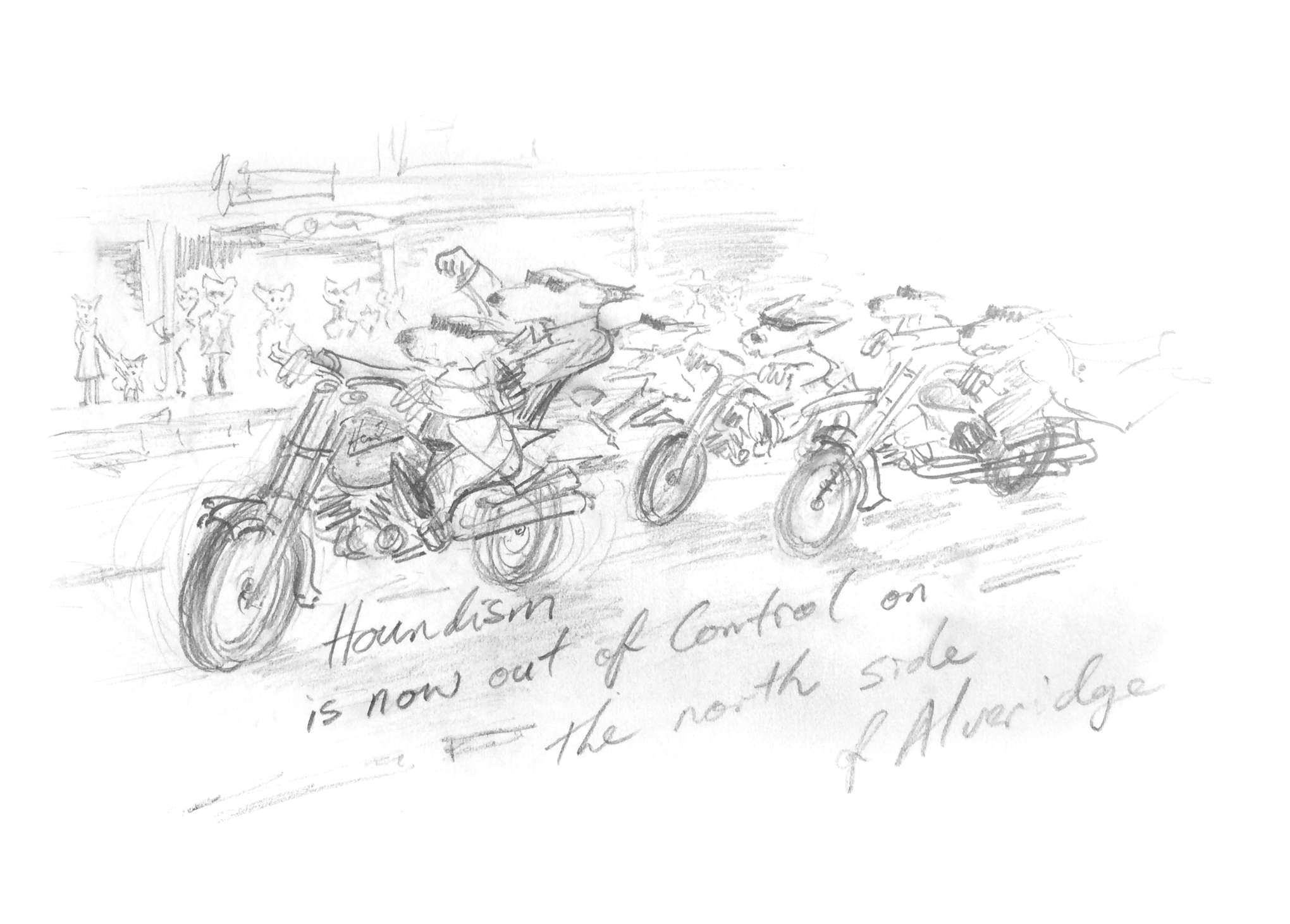 Explore the other characters

“I owe the Blues to the Green”