Who is Lonely Dog?

An “Underdog’s” battle with injustice can make you believe…​

in the power of music to unite!

Lonely Dog is a reluctant hero who strives to overcome prejudice and displacement imposed upon the hounds by the ruling class felines. This orphaned pup’s quest reveals his destiny, but not before he confronts his inner demons and reconciles his true identity.

Along his musical journey he composes songs of freedom that become anthems for change, paving the way towards unity. It’s a harrowing adventure in which he overcomes persecution and sorrow, ultimately finding redemption for all “houndkind!”

This gifted singer/songwriter’s inspirational ballads drive the narrative. His energized music bridges the divide between two diabolically opposed cultures. Lonely Dog ultimately achieves what no one else could…elusive peace and harmony between cats and dogs!

Lonely Dog immerses you in a fantastical future through the lens of the past, a punk subculture of sights, sounds and hounds (and, ahem, cats). The surreal visuals and visceral storylines make the implausible believable while delivering a universal message of hope.

For anyone who truly loves seeing an ‘underdog’ succeed, Lonely Dog delivers a message of sheer determination. For it is he and he alone who conquers against all odds.

We are creating new things...

An Exhibition is coming soon! 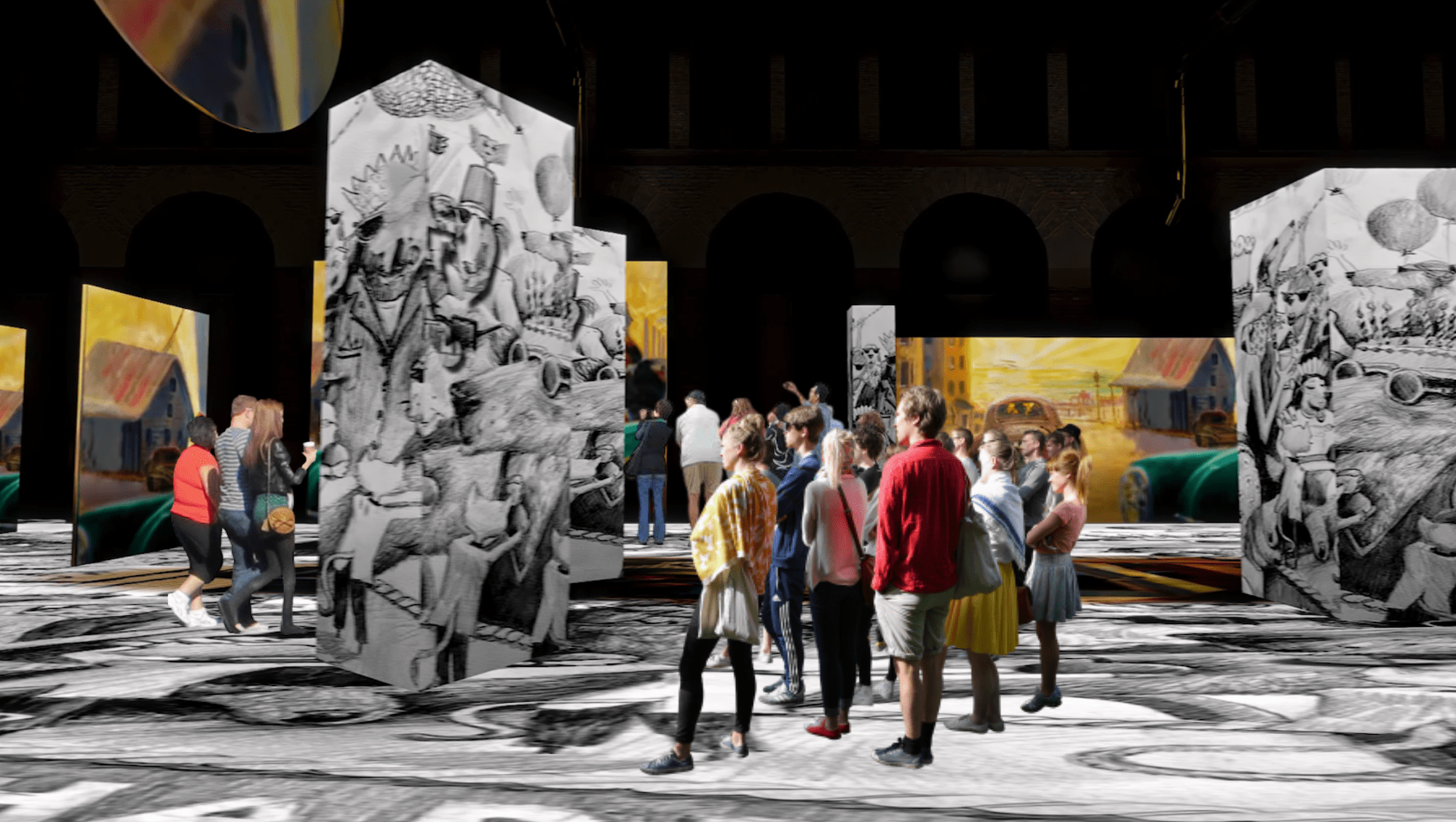