The Battle of Beaconsfield 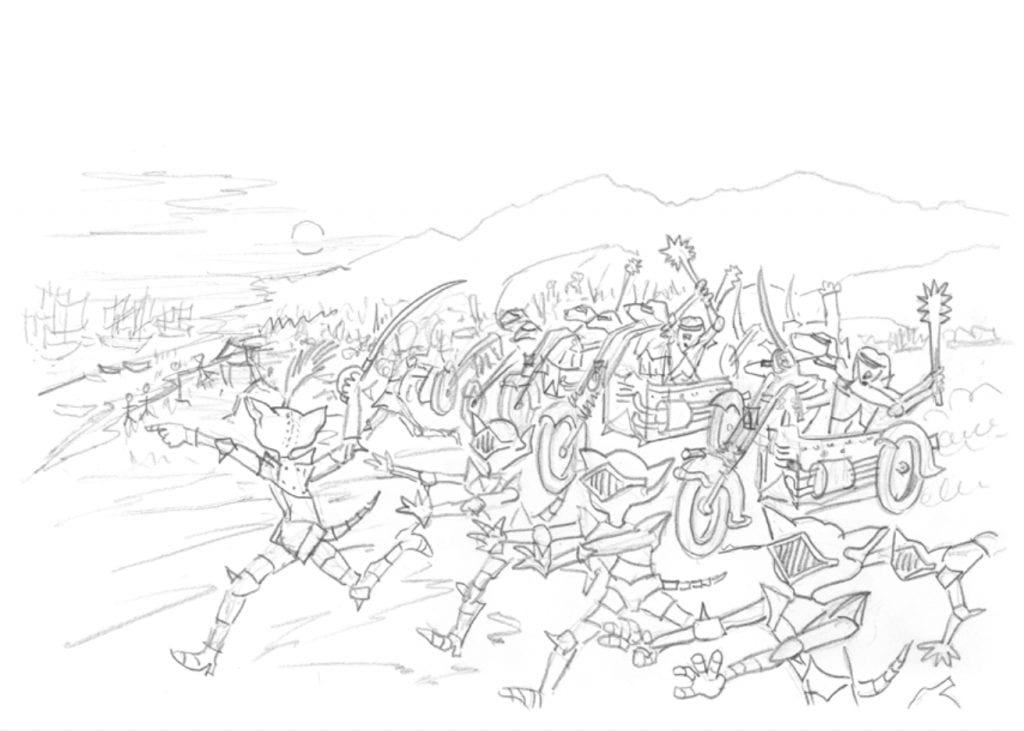 Rolph Flannegan often tried to enliven his lessons on Houndish history by inviting speakers to address the students. His old friend, the Baron, was a frequent guest lecturer and right now holding forth on his favorite subject – a crucial episode in Hound history – The Battle of Beaconsfield.

‘The Cats held the high ground behind a battery of cannons,’ he went on, oblivious to the fact that only Arthur Snout was listening. ‘I was ordered to take my regiment and charge Beacons Hill.’ The Baron began rearranging pencils and chalk on the Headmaster’s deck to form battalions ready for attack. ‘I forced my brave Hounds into a flying wedge. Then, with bugle call and flags flying, I drew my sabre, and we charged.’

There was a crash as the Baron sent pencils, chalk and books crashing to the ground.

‘Half my brave Hounds were mown down by cannon fire!’ The Baron’s gluey eyes blazed like a musket fire, as if the the whole scene were played out before him.

‘By the time we reached the summit, I had barely half my Hounds remaining. “Show the bloody Moggies your steel, lads!” I cried.

“Slash and thrust!” Dead cats piled up around us. By noon they had faltered and by the moon’s rising we had our sabres to their throats! The Batttle of Beaconsfield was won.’