Where Has Lonely Dog Been Hiding? 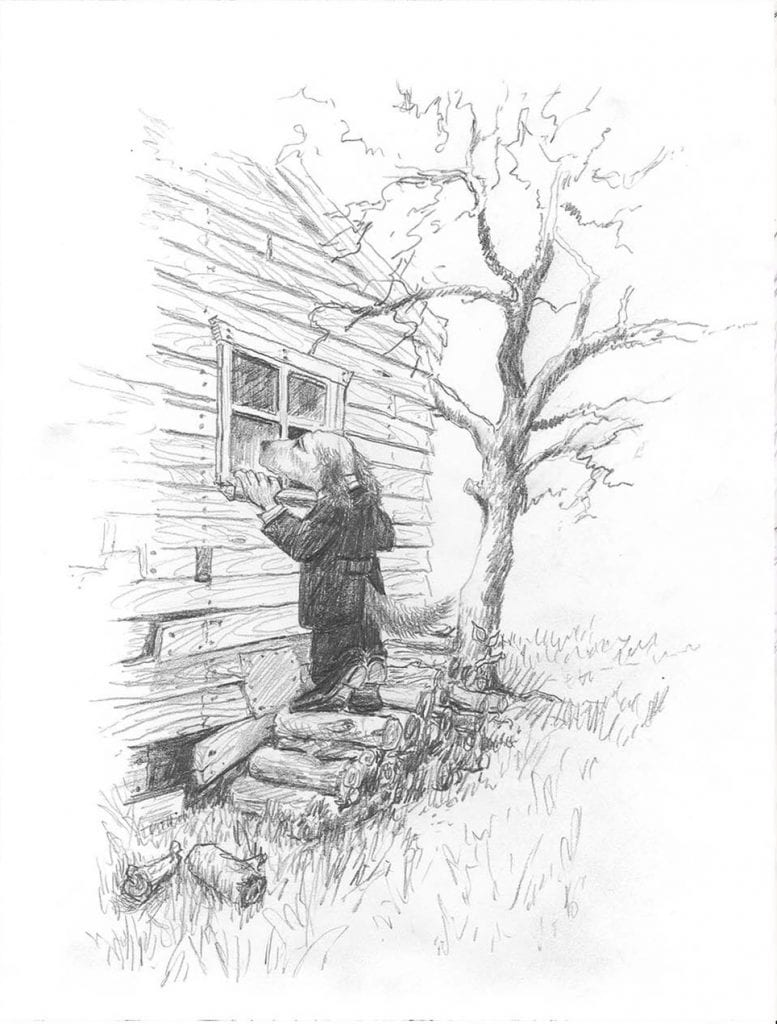 ‘It’ll run as long as it’s needed and finish when it’s time’, old Hounds would tell you sagely, tapping their baccy-pipes against their snouts.

Soon Lonely was running excitedly down the garden path towards the woodshed. Rolph had instructed him to fetch his old guitar.

‘I left it in the sidecar,’ he said with a knowing wink, as he stuck his head under the bonnet of the dilapidated bus, extracting a recalcitrant spark plug like a dentist with a bad tooth. ‘You run there now, little Snout, and bring me my five-string.’

In his excited haste to fetch the Headmaster’s guitar, Lonely failed to notice that he was being followed by a shadowy figure.

He had spotted Rolph talking to Lonely and had seen the little Hound race off eagerly down the garden path.

‘What’s he up to?’ Marvin wondered as he slunk along the rascalberry bushes that lined the pathway. ‘He’s heading for the woodshed. But that’s always locked…’

He watched in astonishment as little Lonely scrambled under the loosened plank at the rear of the shed. His eyes narrowed and his smiled betrayed his grandmother’s liaison with a sailor-wolf long ago.

‘So that’s where you’ve been hiding all this time!’